The definition of "budgetary mechanism" was analyzed in the article. It is described as a form by which the fund of
financial resources is managed by influencing economic entities. The components of the budgetary mechanism that do not
function effectively and lead to cyclical consequences in particular, the deficit of budget funds, tax pressure on taxpayers
and, as a consequence, the accumulation of public debt, are identified. The shortcomings of certain components of the
budget mechanism are substantiated, in particular: budget planning and forecasting; as analysis showed, are carried out
inconsistently with each other. Thus, the State Budget of Ukraine is formed not depending on the capacity of the economy and
its subjects, but depending on the needs of passive budget items. Passive budget items are growing systematically. There are a
number of remarks on the applied forms of the budgetary mechanism, for example, payment of taxes and customs payments to
the budget is ineffective, because a significant share of taxes is in the "shadow". Therefore, the amount of shadow budget funds
is 30%, including smuggling 9.3%, payment of salaries in envelopes 5%, offshore schemes 3.6%, conversion centers 1.8%. The
reasons for the inefficiency of the budgetary mechanism in terms of legal support are systematic changes in legislation, which
are sometimes caused by lobbying motives. Ways to improve the budgetary mechanism are identified, for example, comparison
of macroeconomic forecasts and budget planning; involvement of business in the processes of macroeconomic forecasting
and budget planning; de-shadowing of the economy, including transparent payment of salaries through the implementation
of a progressive taxation; payment of customs duties; State budget discharge through the introduction of compulsory health
insurance and additional pension insurance levels. 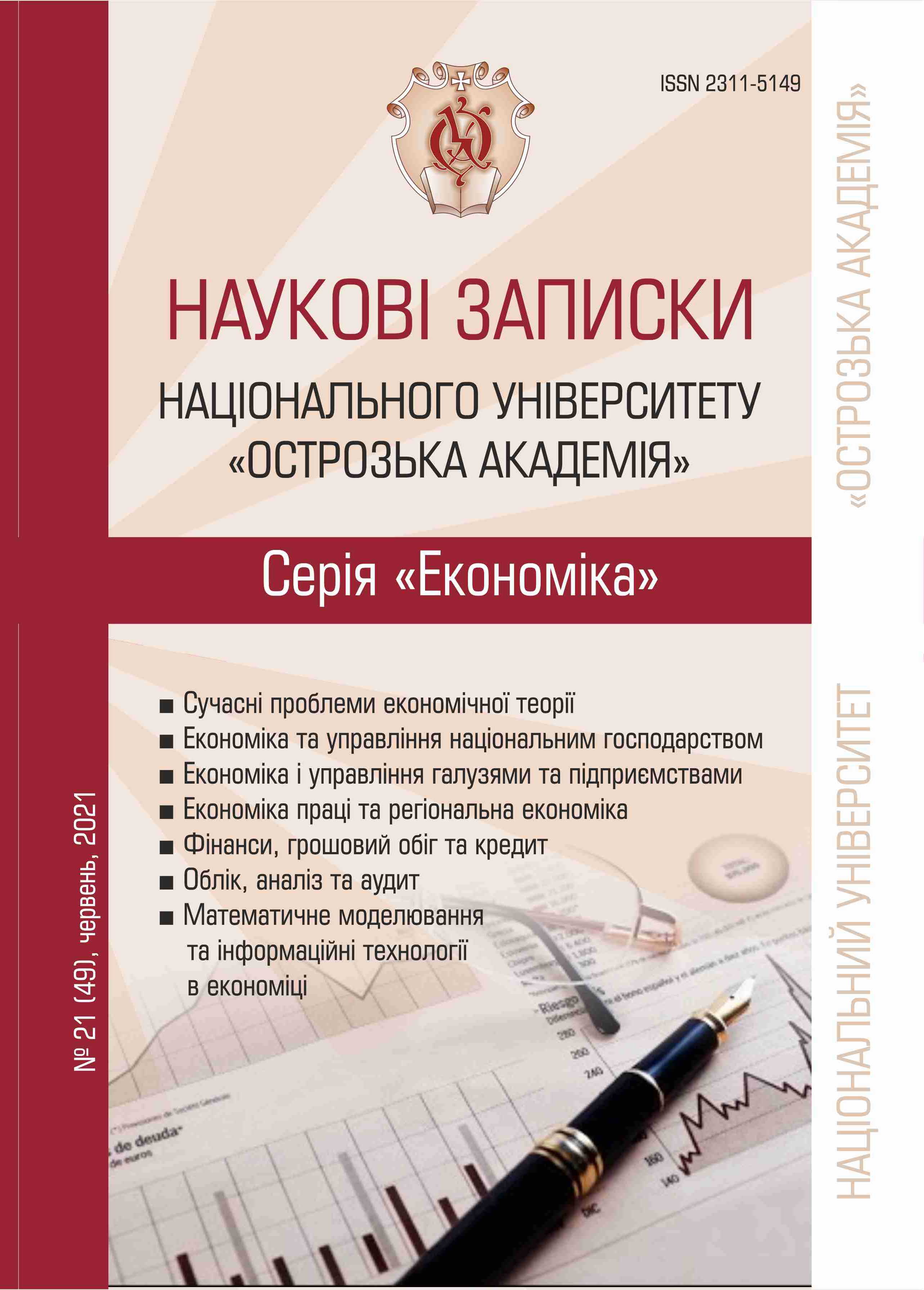